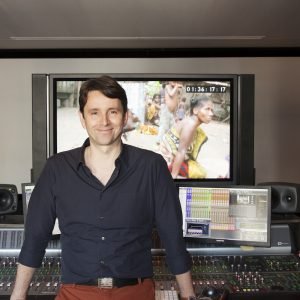 
I’m NYC based and specialize in non-fiction Television and Documentary film sound editing/mixing.

I’m one of the owners of String & Can, a small audio-post house in Midtown Manhattan (www.stringandcan.com); we have two Dolby approved 7.1 mixing rooms, one of which will be Dolby Atmos capable shortly, and a 5.1 TV mixing room along with a VO booth.

Along with that space, my colleagues and I all work remotely and have full Pro Tools based home studios,
so we’re available all the time..(within reason :-)). Sitting in your colour correct and want to change something late at night ?
Your fixes are just a phone call away..

Situated on the other side of the planet ? we also do plenty of 100% remote work !

Most people know my work from Anthony Bourdain’s three series (“A Cook’s Tour”, “No Reservations” and “Parts Unknown”) and several “American Masters” films on PBS (“Miles Davis: Birth Of The Cool”, “Black Panthers: Vanguard Of The Revolution”), along with some of ESPN’s “30 for 30” (“Once Brothers”, “Michael Vick” and “Bad Boys”)..

I’m also fluent in Spanish, German, French and can “get by..” in Italian.