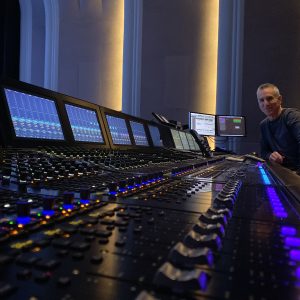 Gary has received ten Academy Award nominations for “Best Achievement in Sound”. He has won the award four times, in 1991 for his work on “Terminator 2: Judgment Day”, in 1993 for “Jurassic Park”, in 1997 for “Titanic” and in 1998 for “Saving Private Ryan”. Gary has also been nominated for the British Academy Award six times; he captured the award in 1991 for “Terminator 2: Judgment Day” and in 1998 for “Saving Private Ryan”.

The Cinema Audio Society, the Motion Picture Sound Editors Association, and the TEC Awards have all recognized him for his work. Gary has also received two Emmy Award nominations, winning in 1992 for his work on “The Young Indiana Jones Chronicles” television series.

Gary has worked in the large screen motion picture formats; i.e. IMAX with twenty-one credits to his name. His talents have also been used in eight Theme Park Attractions for The Walt Disney Company including “Star Tours”, “Honey I Shrunk the Audience” and “Muppetvision 3D”.

In 2003 he formed Summers Sound Services Inc. and has pursued an independent mixing career working on such films as “Finding Nemo, Cars, Warrior, The Bourne Ultimatum, The Bourne Legacy, Transformers: Revenge of the Fallen and Dark of the Moon, Avatar, Monsters University”, 13 Hours”, and “The Accountant”.